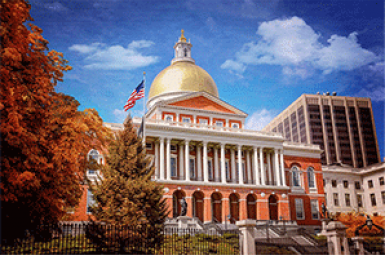 One of the hallmarks of MTF has been to provide comprehensive, accurate and timely facts and figures to our members, public officials, opinion leaders and the media. Our commitment to meticulous, high quality research and clearly explained, non-partisan analysis has received praise and respect on Beacon Hill and is reflected in an unprecedented number of national awards earned by the Foundation in recent years.

As the premier independent watchdog of state and local finances, MTF regularly publishes major reports on a wide variety of fiscal and policy issues. In-depth analyses of the state budget and local government finances are produced annually, a legislative directory is issued for each two-year legislative session, and interstate comparisons of taxes and business costs are updated periodically. MTF also publishes reports on a range of other topics of special interest, such as the Commonwealth's transportation finances and the state's landmark health reform law.

MTF frequently produces a variety of shorter publications which provide concise analyses of current policy issues as well as MTF's views on the key choices facing the Commonwealth's decision makers. Each year, a special series of bulletins offer analysis and commentary on the state budget at each step in the process.